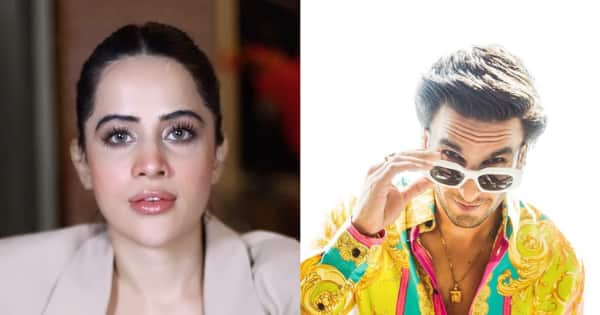 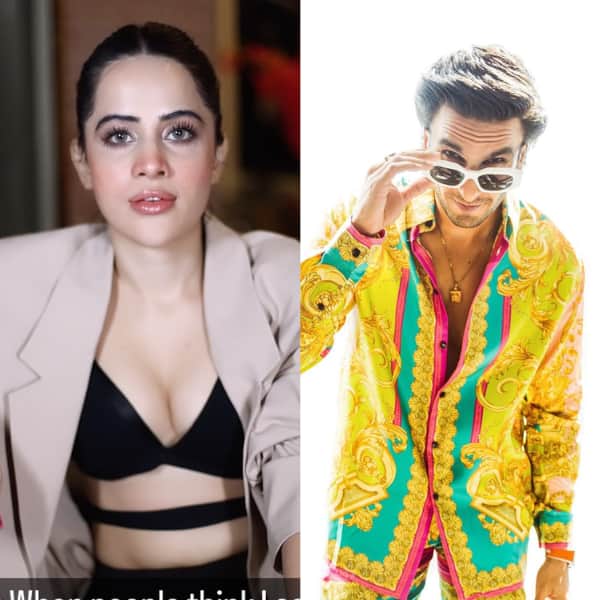 Let’s catch up on the TOP Entertainment newsmakers from the world of entertainment. We have celebs and stories from Bollywood, Hollywood, TV and also the South, basically, a lowdown of all the TOP stories of the day. From Ranveer Singh winning hearts with his humility to Alia Bhatt sharing her glowing picture online, Uorfi Javed hitting back at trolls who question her airport appearances, Ghum Hai Kisikey Pyaar Meiin lead actor Neil Bhatt opened up on SaiRat journey and more. So, you see, a lot to catch up on. Also Read – Worst dressed celebs of the week: Tejasswi Prakash, Urfi Javed, Parineeti Chopra and more celebs fail to win hearts with their fashion choices

Ranveer Singh is in Abu Dhabi. He recently attended the F1 race. The Rocky Aur Rani Ki Prem Kahani actor was dressed up in Versace from head to toe. Ranveer is always the one to grab the attention. And he grabbed the attention of one of the commentators at F1, Martin Brundle. Martin couldn’t place him and asked him for his name. Ranveer humbly introduced him. His response is winning hearts all over again. Check out the whole story here. Also Read – Urfi Javed fashion saga: From mobile phones to stones — 7 times Bigg Boss OTT star used the most bizarre and unimaginable props for creative styling [VIEW PICS]

BollywoodLife got in touch with popular actor Neil Bhatt recently. The actor poured his heart out on Ghum Hai Kisikey Pyaar Meiin, SaiRat and more. We asked Neil about SaiRat’s journey in the show so far. He opened up on the ongoing track as to how both Sai and Virat have angst but also love, deep within their hearts. Read what he said here. Also Read – Urfi Javed goes braless; uses mobile phone to complete her blue pant suit look; gets massively trolled

Alia Bhatt glows and how!

New mom Alia Bhatt shared a picture of herself on her Instagram handle earlier today. The Brahmastra beauty seems to have gotten some time amidst the mommy duties for her newborn little daughter. She shared a serene picture which has been going viral and is all over Entertainment News since morning. Check out the picture here.

Last night, in a shocking turn of events, Gautam Singh Vig was eliminated from the house of Bigg Boss 16. Salman Khan said that he got lesser votes and hence, his journey has come to an end. Gautam was in shock along with the other housemates. In an Exclusive interaction with BollywoodLife, Gautam named his winner of the season. Check out who he has picked to win the Salman Khan show, here.

Urfi Javed is a sensation. She is known for her style file, savage statements and for trolling her detractors. Urfi has been spotted at the airport a lot of times before. And people would question whether she really went outside or was just posing at the airport. Once, even Karan Johar made a statement saying that some people called the media to the airport to pose. Netizens linked it with Uorfi. And now, the actress and Splitsvilla contestant has taken another jibe at those questioning her airport appearances with a savage reel video. Check it out here:

Last night, BTS member Jeon Jungkook performed his song Dreamers at the FIFA World Cup 2022 in Qatar. He was joined by Qatari singer Fahad Al Kubaisi. Jungkook returned wearing the jersey of the Taegeuk Warriors. He gave hearts to the ARMYs and reporters who had assembled at the airport to welcome him. Watch the videos and view pics here.

Sonam Kapoor welcomed a baby boy on the 20th of August this year. She and Anand are proud parents of Vayu. Recently, the Veere Di Wedding actress shared a video of Vayu spending time with his family. Sonam, Anand took Vayu out on a drive. Anil Kapoor walked Vayu in a stroller while Anand walked beside him and Sonam shot the video. It’s a very beautiful video and also gives a sneak peek at Vayu’s face. Check out Sonam Kapoor’s video here:

Hanu-Man teaser gets thumbs up from the audience

Hanu-Man is a Telugu language superhero film which has roots in Indian mythology. The film is directed by Prasanth Varma and stars Teja Sajja and Amritha Iyer alongside Varalaxmi Sarathkumar and others. The teaser of Hanu-Man was released a couple of hours ago. It’s going viral right now. The teaser is packed with action and impressive VFX. So much so that Prabhas and Kriti Sanon starrer Adipurush has been dragged and trolled by fans. Check out the tweets here:

This is what Conviction looks like
Sadly #Adipurush team and the great @omraut doesn’t have The visuals Prashant managed to deliver at a Shoe string budget is a testament to the fact that You need conviction, not budget#Prabhas? #Adipurush #HanuManTeaser #Omraut pic.twitter.com/SMJAtYCbwF

That’s all in the world of Entertainment News Today.