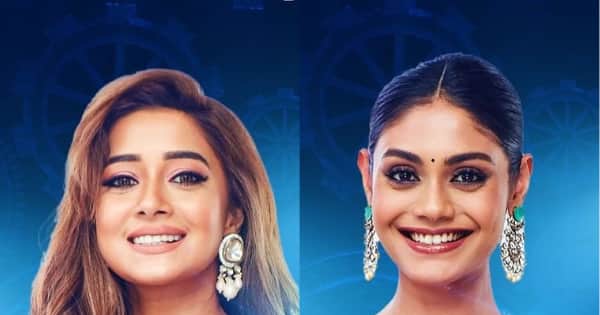 So, Bigg Boss 16 commenced last night. Salman Khan also returned as the host and mentor for the season. He welcomed 16 contestants on stage and sent them into the house of Bigg Boss. The Grand Premiere night of Bigg Boss has been very fast-paced yet chill. There were two incidents that took place on Bigg Boss 16 stage that shocked fans. Firstly, Sajid Khan turned up as a contestant and secondly, Uttaran actresses Tina Datta and Sreejita De both are contestants in the season. Now, in the upcoming episode of Bigg Boss 16, Bigg Boss will confront Sreejita and Tina over their friendship. Also Read – Trending TV News Today: Ghum Hai Kisikey Pyaar Meiin fans bat for SaiRat reunion, Sriti Jha to enter Jhalak Dikhhla Jaa 10 as wildcard, Bigg Boss 16 take cases of contestants and more

Well, in the latest promo dropped by the channel on their official Instagram handle, we see Bigg Boss calling Tina Datta and Sreejita De. Tina Datta and Sreejita De worked together in Uttaran and also on other shows thereafter. They have been friends but there were reports of a cold war between the two. While both the ladies entered the Bigg Boss 16 house harmoniously, Bigg Boss had the intimation of all not being well between the two. Also Read – Bigg Boss 16: Nimrit Kaur Ahluwalia gets a stern warning from Bigg Boss as she becomes the first captain; other contestants left super shocked

In the upcoming promo of Bigg Boss 16, we will see Bigg Boss asking Tina Datta and Sreejita De, the truth about their bond. It seems he will confront the two contestants on their real bond and the alleged cold war. While Tina will maintain that they are friends, Sreejita will yet again point out that Tina wants everything to be as per her wish and command. Tina calls them petty issues. Before entering the house, Salman Khan had asked Tina and Sreejita to list good and bad things about them. While Tina said that Sreejita never picks her call, Sreejita called her dominating. Also Read – Bigg Boss 16: Did you know Sumbul Touqeer played a role in Ayushmann Khurrana’s THIS film before gaining fame as Imlie?

Talking about the cold war between the two ladies, reports stated that on the sets of Uttaran, the two did not get along really well. There were reports of clashes between egos etc. Let’s see if their animosity continues or their bond gets stronger inside the house of Bigg Boss.