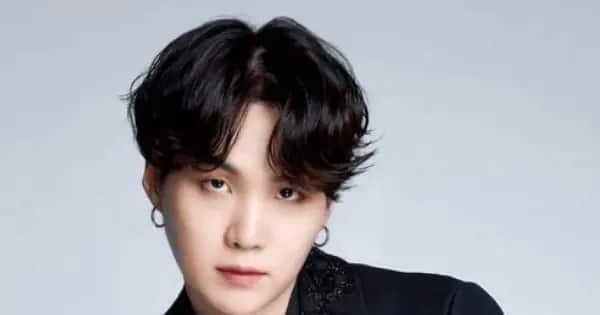 BTS member are rocking individually as well as a group. Yesterday, SUGA aka Min Yoongi rocked fans as the Dance Practice video of Run BTS was unveiled. Dressed in a purple jacket, black pants and hair done in a man bun, he showed us why he is the king of swag. BTS SUGA aka Min Yoongi is one of the most successful music producers in Korea. As a part of BTS and as a solo artiste, he has made successful songs. The BTS member is also creating a frenzy on social media. His latest Insta posts have left ARMY thirsty and how. He was always photogenic but his recent pics are downright stunning.

Now, it is a known fact that BTS name is used in exam papers. From analysing the success of the K-Pop band in the world of marketing to students writing essays on them, BTS is a fave. Now, SUGA aka Min Yoongi’s name has come in the Philippine Bar Exam. It seems his name and that of BH Music was used in a Commercial Law paper. Take a look….

BTS making it to the actual Philippine Bar Examinations. This is Question#6 in the Commercial Law Exam of the November 2022 Bar Exams. pic.twitter.com/3LkmYVFyJx

LMAOOOO THE BAR EXAM REALLY SAID MIN YOONGI I WILL SUE YOU ? https://t.co/VSATy75cEx

Our min yoongi did that he got mentioned in the question #6 for the bar exam, istg they really took “i will sue you min yoongi” on a whole different level? pic.twitter.com/8aqcAH6tQn

If you are a new BTS fan then let us tell you that a fan once told Min Yoongi aka SUGA in a meet and greet that she would sue him for killing her with his good looks and swag. The whole comment had left Min Yoongi aka SUGA very flustered. Take a look at the video here…

SUGA of BTS has said that he is working on his album, D3 which might come out next year. He should also be enlisting next year for the Korean military like Kim Seokjin aka Jin.