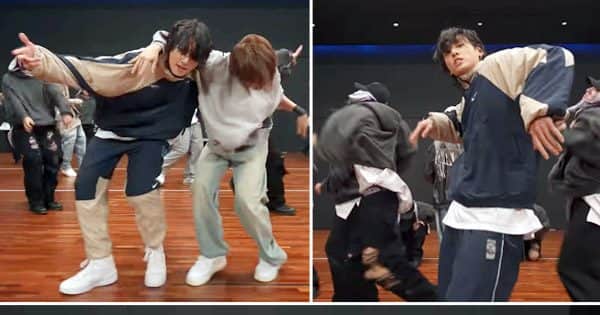 BTS ARMY today got the content they had been wanting since a long time. Yes, Bangtan TV has released the Dance Practice video of Run BTS. When the song came out, fans wondered why there was not a music video on the same. As a surprise, BTS showed fans a fresh new choreography of Run BTS at the Busan Yet To Come concert. Today, they have released the full video. ARMY cannot get over the boys who are proving that they are getting better and better. Min Yoongi with his long hair, beefy body and swag is the undisputed star. Earlier, the choreographer praised them saying that they always got it right, and learnt really quick.

Fans are thrilled to see the whole video. The stars are Min Yoongi, Jimin and Jung Hoseok aka J-Hope. Min Yoongi has a rap section which is insane. We can see him in a purple jacket with black pants. Jimin is in a tracksuit and his Nevermind tattoo is visible as he kills the floor.

JIMIN!!! WGAT IS HE EVEN WEARING!? pic.twitter.com/019l0pLHPa

THE MOMENT THE SHOT pic.twitter.com/OsMPSHS0Fy

Hoseok’s wink and tongue after his verse??? That’s so sexy Mr.. pic.twitter.com/fdP4K9pOIt

BTS member will be the first to head to the military in December 2022. He confirmed the news yesterday on Weverse. After that, we have the new Indigo album of Kim Namjoon aka RM.