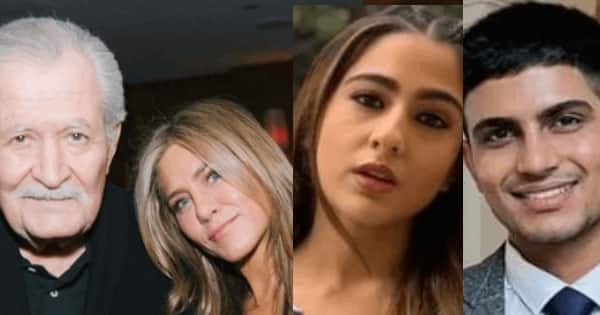 After the debacle of Laal Singh Chaddha, Aamir Khan has backed out from acting in the film called Champions. He will be producing it but won’t be acting in it. At an event in Delhi, he mentioned that he wants to take a break and rather focus on his relationships.

FRIENDS star Jennifer Aniston’s father John Aniston is no more. He passed away at the age of 89. The actress shared some pictures from childhood posing with her father and penned a heart-touching note.

TV actor Siddhaanth Vir Surryavanshi’s sudden demise sent shock waves across the industry. He died at the age of 46 after suffering after reportedly suffering a heart attack while in the gym. His daughter Diza took to Instagram to pen a moving note. She wrote that the fact that he is no more has still not sunk in and her entire being has gone numb.

On the show Dil Diyan Gallan, Shubman Gill was asked to name one fittest female actress from Bollywood, he picks Sara Ali Khan. When quizzed if he is dating her, he says, ‘May be’. So is he or is he not?

In a task, Shalin Bhanot calls Gautam Vig ‘Kamzor auraat’ and that has not gone down well with Gauahar Khan. Through a tweet she slammed him left, right and centre.

Mahesh Babu’s father is on ventilator

Superstar and Mahesh Babu’s father Krishna was taken to the hospital after he suffered a sudden cardiac arrest. As per the health bulletin shared by the hospital, he is in critical condition and on ventilator. Everyone is praying for his speedy recovery.

As confirmed by Big Hit Music, BTS member RM will be releasing his first solo full-length album on December 2. It is titled as Indigo and it will be reflection of RM’s thoughts and worries.