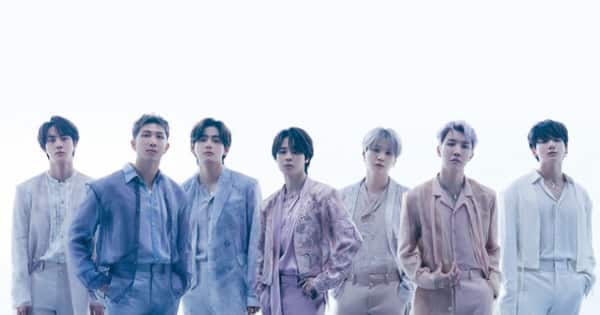 BTS members – RM, Jin, Suga, J-Hope, Jimin, Taehyung and Jungkook – make for one of the biggest boybands in the world. In June, the boys announced that they will be going solo in Chapter 2. Jungkook made his debut with a collaborative single called Left and Right alongside Charlie Puth. Jin released his solo song The Astronaut with Coldplay. RM released Sexy Nukim with Balming Tiger and more. And soon, BTS members are going to enlist in the military. However, they are working hard and in silence to give some amazing content to you all, BTS ARMY. Let’s check out the list of content planned BTS below: Also Read – BTS: RM aka Kim Namjoon gets consoled by ARMYs after he hints that he could be an ‘eternal hopeless romantic’ kind of guy [Read Tweets]

What will be the next BTS projects, fans are looking forward to the same. The Hollywood News is full of it and Twitter is buzzing with it. All eyes are on it ever since the announcement of BTS’ military enlistment. Coming back to the solo projects, last night BTS leader Kim Namjoon aka RM announced that his solo album will be releasing on 2nd December. He has worked on it for four years and has collaborated with some fun friends. Also Read – BTS Jungkook at FIFA World Cup 2022: Golden Maknae has cutest reaction as a little girl at Qatar mall treats him to his iconic line

After enthralling us all with The Astronaut with Coldplay, he is coming up with a small show called the Drunken Truth. Kim Seokjin had expressed his wish to do a drinking show and he’s fulfilled it with none other than Chef Baek Jong Won. The teaser of the same was dropped a couple of hours ago. It will be a four-episode series. The first two episodes will release on 12th November and the other two will drop on 19th November.

Jimin to work with multiple artists for his solo album

Park Jimin aka Jimin is also working on his solo project. ARMY is going bonkers with anticipation. There are various pictures have surfaced of Jimin with a lot of artists including Duane Benjamin, Austin Ownes and more.

Taehyung is working hard on the solo album

Kim Taehyung aka V was also working on his solo album. However, he scraped all the songs he had made. He is working hard on the same right now. He is also in the pipeline to release his album. There’s also talk about his acting comeback. However, there is no official confirmation.

Suga has so far not announced any project and neither Jungkook nor J-Hope. Jungkook dropped Left and Right with Charlie and J-Hope released his stellar album Jack In The Box. Let’s see what is next for these three.