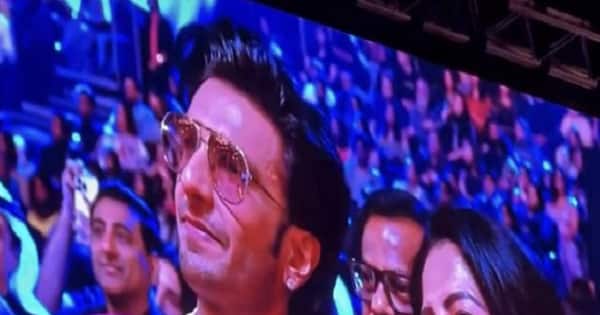 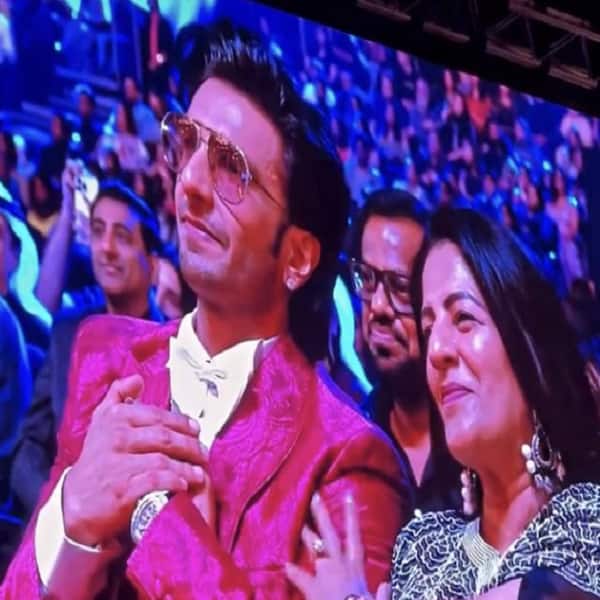 Ranveer Singh has come a long way in his journey, and he is always overwhelmed to see his own success. The Padmaavat star received the best actor award recently at an event held in Dubai and he once again couldn’t handle his emotions and broke down, this video of him touching his parents feet and watching him giving an emotional speech will definitely moist your eyes. In the videos, you can see how Ranveer not only touched his parents feet but even Govinda and Hema Malini’s feet to pay his respect towards them as they too were sitting ahead in the front seat and this gesture of the actor has been receiving a lot of praise from his fans. Also Read – Alia Bhatt-Ranbir Kapoor to Deepika Padukone-Ranveer Singh: Bollywood couples who locked lips in public

While Ranveer Singh receives the award he turns damn emotional and even breaks down by recalling his old days here he was struggling and was almost clueless if he can Archie his dreams. But here’s your man standing tall and how forever. Ranveer Singh was destined to be home the star and his determination led him till here. Today Ranveer is the leading man in Bollywood and almost every director, producer and actor want to work with him. Also Read – FIFA World Cup 2022: Ranbir Kapoor, Deepika Padukone to Esha Gupta; here are the teams B-town celebs will be rooting for

In this video you can see him touching his parents feet along with Govinda and Hema Malini and this only show that success hasn’t changed him a bit.

On professional front Ranveer is right now awaiting the release of Rocky Aur Rani Ki Prem Kahani along with Alia Bhatt helmed by Karan Johar. This film is Ranveer and KJo’s first collaboration as director and actor. The actor will also be seen next in Rohit Shetty’s Cirkus. Also Read – FIFA World Cup 2022: Abhishek Bachchan, Ranbir Kapoor more Bollywood celebs who are crazy about football