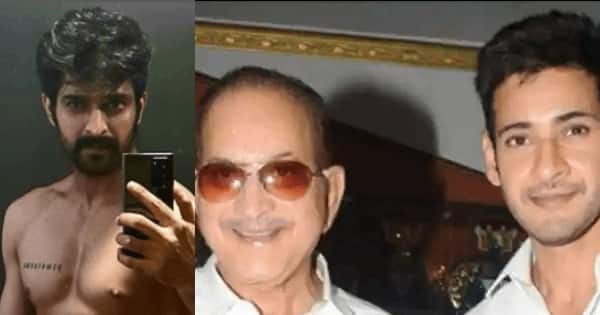 Let’s take a roundup of all the top updates from the South Film industry. A lot happened that made it to the headlines. First and foremost, the health update about superstar Krishna has stressed everyone. Mahesh Babu‘s father is said to be on a ventilator. Apart from this, as per the latest reports, Tollywood star Naga Shourya too was rushed to the hospital after he collapsed on the sets. SS Rajamouli gave out an important detail about the sequel of RRR 2 and more. Let’s take a look at all the top updates.

Superstar Krishna on the ventilator

As per the latest health bulletin shared by Continental Hospitals, superstar and Mahesh Babu’s father Krishna has been put on a ventilator. He reportedly suffered a cardiac arrest and was rushed to the hospital. His health condition currently remains critical.

As per a latest report in Gulte.com, Tollywood actor Naga Shourya was rushed to a nearby hospital in Gachibowli after he fainted on the sets of his next film. Rigourous non-liquid diet is said to be the cause behind his dehyradation. The report suggests that he was put on drips. This comes before his big wedding taking place in the next few days.

As reported by Tollywood.net, RRR makers SS Rajamouli has dropped a major update over its sequel. The script of part 2 of the film that starred Jr NTR and Ram Charan in leading roles is being witten by SS Rajamouli’s father Vijayendra Prasad. However, the director is currently focusing on his next big release with Mahesh Babu.

On Children’s Day, Pushpa actress Rashmika Mandanna penned a sweet note recalling her childhood days. She mentioned that Children’s Day used to a big thing in their school.

Hansika Motwani and Sohael Khaturiya who are all set to have a December have already started sending out invitations for the guests to save the date. The wedding invite is an elegant one that holds gifts for guests.

Check out Hansika Motwani and Sohael Khaturiya’s wedding invite below:

Samantha Ruth Prabhu’s movie Yashoda is doing well at the box office. Not just in India, the film has done tremendously well in international markets too. It is among the top grossers this week.

#It was missing‘s Indomitable Will gets Unstoppable Love Abroad?

It’s among the Top Grossers in USA (This Week) with $445K Gross?