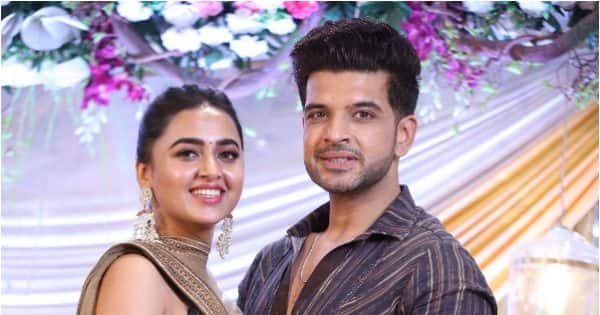 Tejaswi Prakash and Karan Kundrra are one of the most famous TV couples. Their love story started in Bigg Boss season 15, and while mostly all the BB couples part ways after the show gets over, Karan and Tejasswi are still together, and TejRan fans simply love them. One question that Tejasswi and Karan are often asked is about their wedding, especially the paparazzi ask them about it a lot. While they have always maintained that it will happen at the right time, recently Teja posted a video on Instagram in which she hilariously reacted to it. Also Read – Bigg Boss 16 star Sumbul Touqeer is a fantastic rapper, Divyanka Tripathi is a rifle shooter and more: Hidden talents of TOP TV stars will leave you amused

Check out Tejasswi Prakash’s video below…

While she Teja decided to make a funny video about it, in her caption she gave a strong message to her female fans. She wrote that it’s always better to be sure than sorry and this is especially for all the girls out there. She added that the girls should take their time to be sure. Also Read – Ponniyin Selvan 1 Hindi box office collection: Chiyaan Vikram starrer surpasses the lifetime collection of Kamal Haasan, Thalapathy Vijay and more South stars’ dubbed films

After Bigg Boss 15 got over, Karan and Tejasswi featured in a couple of music videos, and their Instagram is filled with romantic pictures. They give their fans a lot of couple goals, and that’s why everyone is eagerly waiting for their wedding.

On the work front, Tejasswi is currently impressing one and all with her performance in Naagin 6. She will also be seen in the Marathi film Mann Kasturi Re.