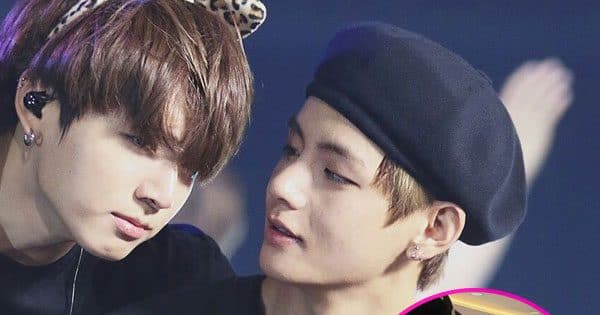 BTS member Kim Taehyung and Jungkook apparently visited a bowling alley along with Parasite star Choi Woo-Shik and his brother, Eric Choi. As we know, Kim Taehyung and Choi Woo-Shik are friends from the Wooga Squad days. Some time back, fans had noticed that Choi Woo-Shik also followed Jungkook on Instagram. It seems the four had booked the whole alley for themselves to enjoy an undisturbed outing. The location is somewhere in Cheongdam. It is one of the most affluent neighbourhoods in Seoul, Korea and people their own expensive real estate. Fans recognized Jungkook with his mullet hair. Take a look at the pics shared on social media…

There is buzz that Kim Taehyung aka BTS V might soon join the Wooga Squad for a season of Youn’s Kitchen in Mexico. Park Seo-Joon has done the show already. Choi Woo-Shik, Park Seo-Joon, Park Hyung-sik, Peakboy and Kim Taehyung were seen on In The Soop: Friendcation.

Kim Taehyung came on Weverse Live yesterday and said that he had spoken to Jungkook. He also said that he has been seriously dieting due to which he is constantly tired and sleepy. It seems BTS V is off rice which is his staple food. There is buzz that his album is coming out soon. It is possible that he is working to get a certain kind of look for the new album. Kim Taehyung aka BTS V is not known to diet much. Fans are worried for his health..BTS V is dominating Hollywood news for dating rumors with Jennie Kim, the Blackpink rapper.

Jungkook is going to join the likes of Shakira, Dua Lipa, J Balvin and others for the opening ceremony of the FIFA World Cup 2022. He has also recorded a video for the same. Jungkook was in Qatar for a couple of days. The solo ventures of the BTS members are being announced with a bang.