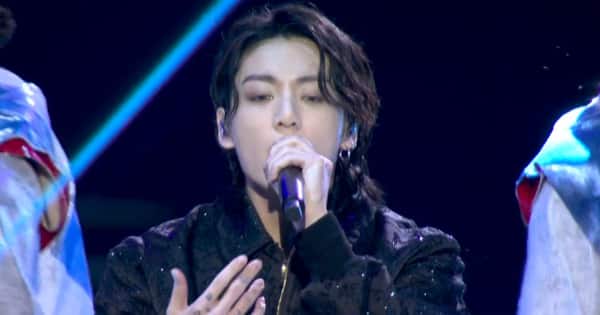 BTS member Jungkook is trending online everywhere for his performance at the opening ceremony of the FIFA World Cup 2022. Jungkook was seen in a black outfit. He performed Dreamers in front of all the football fans and even the BTS ARMY who had come to watch the Golden Maknae of BTS perform. Dreamers was announced yesterday and ever since Jungkook has been trending. ARMY has been looking forward to his performance and it was magnificent as ever. Jungkook’s pictures and videos are all over the internet. Also Read – FIFA World Cup 2022: BTS member Jungkook saves the inauguration ceremony; here’s why Shakira, Dua Lipa and others backed out of performing in Qatar

The FIFA World Cup 2022 opening act saw Morgan Freeman giving a powerful dialogue. The opening Act of FIFA World Cup 2022 was a stellar one which began with all of the World Cup songs. Be it Magic in the Air, Waka Waka or Wavin’ Flag, Football fans got to enjoy some nostalgic moments. And towards the end, we saw Jungkook begin performing alone on Dreamers. He was later joined by Fahad Al Kubaisi. Jungkook gave his heart and soul to the performance. Jungkook looked nervous yet he gave 100 percent during the performance. Also Read – Trending Entertainment News: Hrithik Roshan denies moving in with Saba Azad, Sidharth Malhotra praises Kiara Advani starrer Govinda Naam Mera trailer and more

Along with the ARMYs in the stadium and online, BTS members Kim Namjoon aka RM, Jung Hosoek aka J-Hope, Min Yoongi aka Suga, Park Jimin aka Jimin and Kim Taehyung aka BTS V also watched Jungkook perform at the opening ceremony of FIFA World Cup 2022. Jungkook is a big trend in Hollywood News right now. Check out the posts by Bangtan Boys on Jungkook’s performance at FIFA World Cup here: Also Read – BTS: Suga cheers on Jungkook for his FIFA World Cup 2022 opening act but cat’s pic grab ARMY’s attention; a look at Bangtan Boys’ pets

ARMY is going gaga over Jungkook and his performance on Dreamers at FIFA World Cup 2022. They are sending messages to Jungkook by making him trend on Twitter.

divo i love you jungkook pic.twitter.com/uGfON3DTOe

did you like him? his name is Jungkook and he is mine. pic.twitter.com/DMRVQdWR98 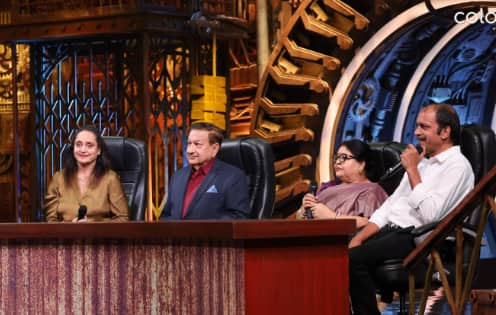