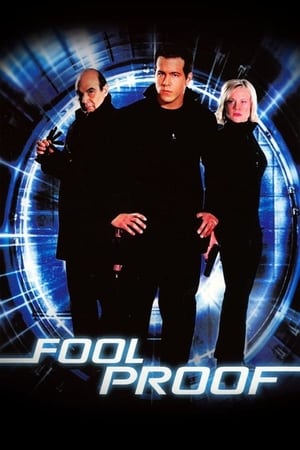 Synopsis: Twenty-something Torontonians and friends Kevin, Sam and Rob play a game they call Foolproof: they plan foolproof heists, but without the intention of actually carrying them out. They have a few rules in the game, including the three having the necessary technical and physical abilities to carry out the tasks required for the heist, the plan cannot include loaded guns, and there is no violence meaning that no one gets hurt. They try to be as meticulous if not more so than the best high stakes thieves. The fun is in knowing they could do it if they truly wanted. Their collective lives change when someone breaks into Sam’s apartment and steals their latest plan for a jewelry warehouse heist. After the warehouse is hit, the culprit identifies himself to them as Leo ‘The Touch’ Gillette, a known but never convicted high stakes thief who will stop at nothing to get what he wants. He tells them that the break-in at Sam’s apartment was not by accident, and that part of his grand plan is to use them to map and carry out a $20 million theft of bonds for him. Since he has evidence of their involvement in the warehouse heist, they feel they have no other option but to help him. Their friendship is tested as they try to figure out how best to get themselves out of this predicament, sometimes each looking out solely for him or herself. But their view of helping The Touch may change as they actually begin to work on a real heist with real stakes.