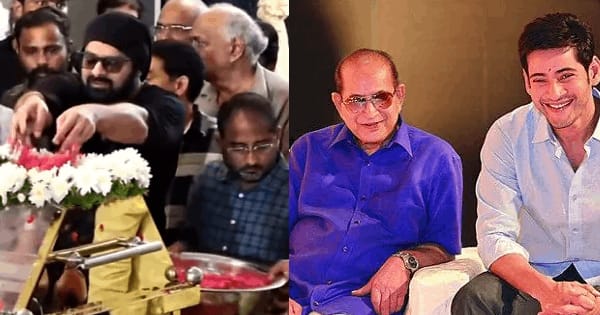 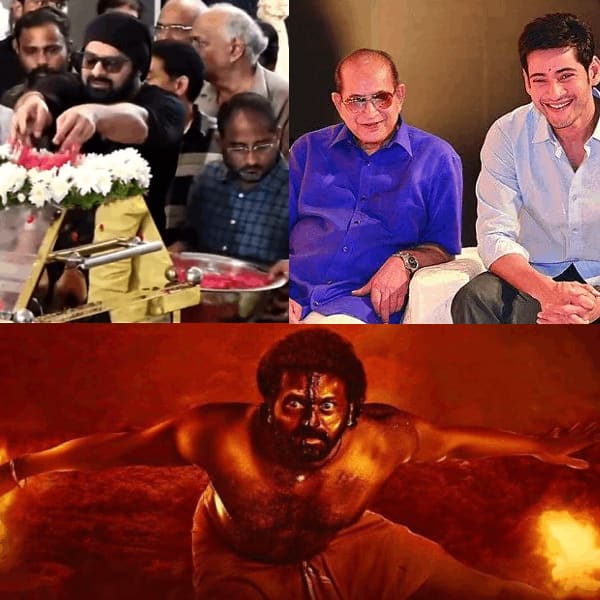 The South Film industry suffered a major shock today as superstar Krishna passed away. Mahesh Babu‘s father was hospitalised after he suffered a cardiac arrest and today he breathed his last. Many celebs mourned the death of the star. Another news from the South that has caught the attention of all is that of Rishabh Shetty‘s movie Kantara. It has fallen into another controversy. So without any further ado, here’s looking at all the top updates from the South Film industry. Take a look.

Superstar and Mahesh Babu’s father Krishna breathed his last at the age of 80. He was hospitalised after he reportedly suffered a cardiac arrest and was on a ventilator. Stars like Ram Charan, Allu Arjun, Prabhas, Pawan Kalyan, Chiranjeevi, Vijay Deverakonda and many more paid their last respects to the late star and consoled grieving Mahesh Babu at the funeral.

Kantara falls into another controversy

As per the reports, Rishab Shetty starrer Kantara has courted another controversy. As reported by Koimoi.com, Samatha Sainik Dal State Secretary Lolaksha has stated that the film shows the Dalit community in poor light. The objection has been raised over Daivaradhane scene.

On the fourth day, Samantha Ruth Prabhu Yashoda witnessed a slight dip in the numbers. The film managed to mint Rs 1.35 crore net on first Monday.

Actot Baburaj took to his Facebook to share a new update about the movie Gold. The film stars Prithviraj Sukumar and Nayanthara. It will hit the theatres in December this year.

Prakash Raj talks about losing jobs due to his political views

In an interview with Hindustan Times, Prakash Raj spoke about losing out on projects because of his political views. He was quoted saying, “It is getting affected. Now, some people don’t work with me not because they have been told not to. But because they are worried ‘they’ may not approve. I am strong and rich enough to lose all that.”